Award Acceptance was staged as a parody of Inside The Actor's Studio, with host James Lipton offering a relatively relaxed Q&A format with the Governor that event hosts dubbed Inside The Hudson River.

Lipton prompted Arnold to talk freely about his farmboy roots, growing up milking cows on his parents' Austrian farm as a kid where there was "no running hot water and very little money," which Arnold attributed to motivating him to dream big and succeed in becoming the youngest ever Mr. Universe by the age of 20.  He confided that body building had always, for him, been a stepping stone, "a stepping stone to what, I didn't know at the time," but that soon enough he turned his efforts to acting once he immigrated to the U.S., a country he calls "the greatest country in the world."

The Austrian native earned loud chuckles from the gathered guests when he regaled of taking classes at both Santa Monica College and UCLA Extension for accent reduction.  He said he hadn't wanted to be perceived as intimidating because of his accent. He also acknowledged his belief in the importance of maintaining a healthy sense of humor whether holding down a career in show business or in public office. He said one of his fondest movie roles was the making of Kindergarten Cop.

Awarding him the Environmental Advocacy honor was Robert F. Kennedy Jr. who is founder and sr. legal counsel for Riverkeeper.  We here at GBN really don't think nepotism had anything to do with the Governor's being honored as Fisherman of The Year by his cousin-in-law but rather that it's due to his tireless efforts towards furthering environmental initiatives in state, national and global arenas.

"California has long been a leader in policies that protect the environment, promote energy efficiency and boost the economy. And it is leaders like Mayor Villaraigosa and policies like his new Renewable Energy and Efficiency Trust Fund that help make California a leader. This new proposal is great news for Los Angeles and California, it will promote the growth of clean, reliable energy in our communities while creating jobs in the clean-tech industry when we need them most."

This week, when LA City Council saw the issue hotly debated, Villaraigosa reiterated, "For Los Angeles to be the cleanest, greenest city, we need participation from every Angeleno."  Read More HERE>>

About the Carbon Reduction Surcharge


The Carbon Reduction Surcharge was approved by the Board of Water and Power Commissioners on March 18, 2010 as part of the Department of Water and Power's Energy Cost Adjustment Factor (ECAF). It serves as both a financial incentive and an investment tool that will incentivize stakeholders to use alternative energy, and therefore reduce Los Angeles’ dependence on fossil fuels. However, it will not drastically affect the average rate-payer; with expected average monthly bill increases to be between $2.50 and $3.50.

The funds from the Surcharge will be deposited into a Renewable Energy and Efficiency Trust Fund that will be used to invest in energy efficiency and renewable energy programs. It is expected to generate 18,000 jobs over the next ten years and help lay the foundation for a local green economy.

For more information its groundbreaking clean water initiatives and accomplishments for Riverkeeper, Here's Some Basics.

As we cruise full speed ahead into Earth Weekend and Earth Week, here's a sampling of some Fun SoCal Things To Do!!  xoxo  Greening Hollywood and The Green Blog Network 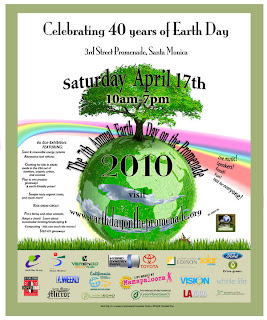 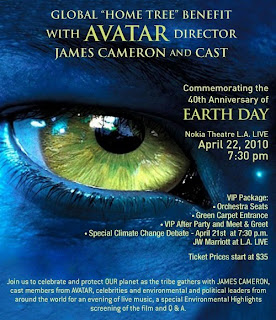 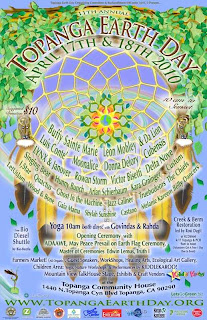 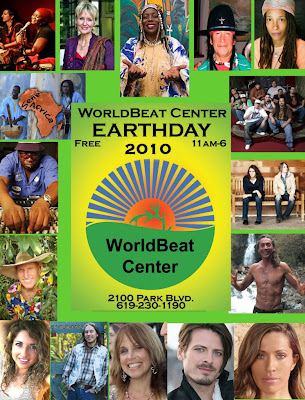 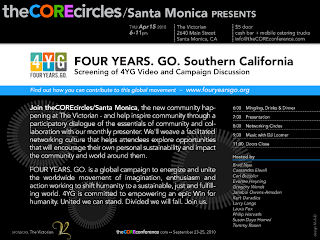 Buddha Nose and LULULEMON together in CHICAGO this MAY!

Posted via web from Greening Beauty

Q&A with B Corporation Co-Founder Jay Coen Gilbert
A Responsibility Revolution Extra
From authors Jeffrey Hollender & Bill Breen
During the two years they spent writing The Responsibility Revolution, authors Jeffrey Hollender and Bill Breen conducted an intensive series of interviews at key companies on the leading edge of the corporate responsibility movement. In this bonus excerpt from Bill’s conversations with Timberland CEO Jeffrey Swartz and Timberland CSR Strategy Manager Beth Holzman, they share some of the additional insights and perspectives these encounters provided.

Ambiguity is not an option. For any company that seriously intends to harness the power of the marketplace to crack society’s biggest challenges, authenticity—the capacity to do what you say you’ll do—is a core, non-negotiable attribute.
And that presents a problem.
Given the rise in greenwashing and cause-related marketing, how is a consumer or investor to know whether a “responsible” company’s bona fides are credible or counterfeit? The short answer is to dare to be a  B Corp. As we suggest in our book, The Responsibility Revolution, B Corporation’s certification system amounts to an irrefutable benchmark against which a company’s social and environmental performance can now be judged in its entirety. (That’s why Seventh Generation is a proud founding member.)

1. As part of NBA Green Week 2010, adidas will outfit all players with 50 percent organic polyester adidas shooting shirts featuring the NBA Green logo. Players will also wear NBA Green headbands, wristbands, and socks made from 45 percent organic cotton during games throughout the week to raise additional environmental awareness. Additionally, several NBA teams are encouraging fans and providing them with incentives to take public transportation to and from their respective games.               The league is auctioning off

made of 40% recycled material.

2. The Celtics are organizing a clean up day with local 8th graders throughout the city of Boston. 3. The Chicago Bulls will honor its All Star Green Team comprised of students who excel at getting others to participate in recycling and improving environmental issues at their schools on 'Go Green Night'. 4. The Golden State Warriors and Esurance will team up with the non-profit organization 'Urban Releaf' to plant trees in West Oakland to beautify the area and combat pollutants naturally. 5. The Oklahoma City Thunder are taking part in a trash pick-up at a local Boys & Girls Club with the Mayor and City Council. 6. The Orlando Magic is partnering with NBA Toyota Project Rebound and "No Fault" on resurfacing two basketball courts using recycled tires.

7. New Orleans Hornets staff members will work with 'Save the Wetlands' to plant trees along the Gulf Coast and in the marsh areas.

8. The Dallas Mavericks are planning to give away eco-friendly grocery bags in exchange for fans bringing in their plastic bags.

Right now, in honor of the 40th anniversary of Earth Day on April 22nd, CafePress and iVillage are celebrating all things green with their Earth Day Photo Contest. Enter your photo, share your green dreams and inspiration.  You could win an Eco Vacation in the U.S. Virgin Islands!

In addition, you can get a FREE special edition eco-tote, designed by Studio Number One (founded by Shepard Fairey). The bag is made from three plastic bottles spun into 100% polyester, which is pretty cool! There is only a $1.25 shipping fee for each eco-bag.