(Press Release)
SAN FRANCISCO, CA (June 22, 2016) – Today The Redford Center announced the launch of Redford Center Grants, a program that will provide grant funds, mentorship opportunities, and networking support to filmmakers who understand the power of a well-told, well-timed story as a means to inspire positive change in the world. 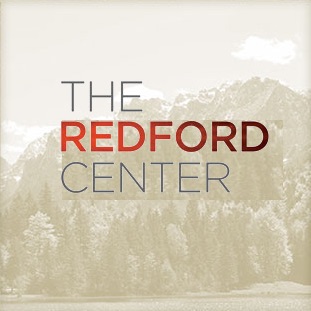 Funded by The New York Community Trust, the Redford Center Grants pilot program will support feature-length film projects in early development that are focused on driving awareness, education and tangible action on a variety of environmental topics.

“New ideas and information must become stories that touch the human heart in order to change things,” said Jamie Redford, Co-Founder of The Redford Center. “It’s in these early stages of the filmmaking process when funds are often most difficult to secure, and when these teams of storytellers can benefit most from mentorship, story support, and making the right connections.”

Five filmmaking teams will be chosen to participate in the pilot program in which each team will receive:

Ø  A $15,000 development grant to produce a written film treatment and a short proof-of-concept film over a 3-month timeframe
Ø  Mentorship from issue experts and industry leaders to refine project narratives and impact goals
Ø  A GoPro Hero 4 Black camera to support filmmaking
Ø  Film distribution as part of The Redford Center Grants programs’ series of shorts
Ø  A travel and lodging grant to attend a Story Development Summit at the Sundance Mountain Resort
Ø  An opportunity to be considered for co-production with The Redford Center, and/or to receive an additional production grant

"Some of the most moving and inspirational environmental stories are the ones that highlight what people are doing every day to ensure the health of our planet for generations to come,” said Robert Redford, Co-Founder of The Redford Center. "I’m pleased that Redford Center Grants will enable us to support the development of films that showcase solutions and demonstrate what’s possible.”